Serengeti National Park located in Northern Tanzania is easily the world’s best safari destination. The Serengeti comprises vast savannah of grass with occasional isolated patches of trees, kopjes, and bushes. The vast land of Serengeti National Park changes month to month, causing thousands of grazing herds to rapidly devour all the pasture in various sections of the park and so they have to move on followed by other herbivores who share the same diet. Every year these herds cover about 3,000 kilometers in their constant wanderings which takes them to the edges of the park across the border into Kenya and to the Masai Mara National Reserve in the greatest migration on the planet known as the Great Wildebeest Migration.

Between November and December, the humid westerly winds bring the long-awaited rains from the Indian Ocean to The Serengeti, the grass of the vast savanna which during the dry season has lain dormant greatly soaks up the water and shoots up in an explosion of activity which in just a few days transforms the landscape of the Serengeti national park. From Masai Mara national reserve in Kenya where huge herds spend the dry season, they move south again following the rains, their cycle of migration is complete when they arrive back in southern and central Serengeti.

The herds return to the plateau of Ngorongoro and onto the southern plains of the Serengeti. At this rainy time of year in the Serengeti, the grasslands regain their splendor offering an endless supply of food. As the drought in the Serengeti is not a problem at this time of the year, it is the rainy season and both water and pasture are plentiful. There is no thought of migration, the herds concentrate on a completely different activity which is reproduction. For the herd wildlife in The Serengeti Ecosystem, this is the mating season and each male has to defend his group of females. The fights that occasionally occur are a show of strength which is usually all that is required to frighten off weaker rivals. From the wildebeest, Zebras to the grand gazelles, their close relatives the Thompson’s gazelle, they all follow example and mate.

Soon or Later around late January, February, and March in the southern plains of The Serengeti, the calving season clocks. The Calving season sees as many as 8,000 calves born daily which is recorded as the biggest population explosion on planet earth. At this time of year, the grass is growing and is rich in nutrients so the mothers are well fed towards the end of their pregnancy and the development of the newborn, calves will not be hampered by lack of food. Wildebeests give birth from mid-morning precisely the time when predators are resting. The later in the day they are born, the less time the young will have to find their feet before the lions again come out to hunt, this urgency has meant that wildebeests are the fastest of all hoofed animals in learning to coordinate their movements, in just five minutes the young can stand up and an hour or two later will be able to follow their mother across the savannah.

The nutritious placenta left behind during the birth of a wildebeest calf is one way of distracting the attention of predators and scavengers while the young are learning to walk whenever possible. Among the famous scavengers of Serengeti National Park are the vultures, hyenas, Marabou Stocks, and Jackals. The wildebeest mother ensures to leave the placenta as far away as she can from the place of birth. Scavengers and predators rapidly descend on this feast, the placentas are very nutritious and are not defended by the mothers. In no time at all, they are being fought over usually by vultures jackals and hyenas, and the odd marabou stork.

As it is survival in The Serengeti; there are also incidences where females give birth in the presence of predators within the area which is normally a danger since when giving birth they can do very little to defend themselves and so they are much more apprehensive. Lions, cheetah, and leopard kills are most common around this time of the year. The mothers also tend to become increasingly nervous in the presence of predators and some could stop halfway through the birth and run off with a calf still hanging out in search of a safer place. This ability to stop the birth halfway through allows the wildebeest to escape from extreme conditions and once out of danger the female then finishes giving birth.

With over 8000 calves born in a day, it is amazing how a single wildebeest mother can identify her newborn calf in the herd, both by sight smell, and sound, this ability is vital as often following a stampede in the migration young ones get lost and the mothers have to find them and in order to do so, they must be able to recognize the cry of their calf among all the other sounds of the herd. Death is a real possibility if a calf gets lost, no mother will defend another’s young after all the more that die the greater the chances of survival for her own and if a solitary newborn calf doesn’t find its mother it will not survive. Many calves die along the way in the migration but the majority survive and leave with the rest of the herd on the never-ending migration northwards.

This cycle still today marks life in the Serengeti national park, Thankfully, The Tanzania Government aware of the importance of this migration decided to give official protection to 14,763 square kilometers of this region and so Serengeti National Park was born. The Serengeti is a wonder to visit, even with the migration out of sight, you will be treated to the most gifted animal kingdom in the world. For every traveler to Africa for a safari, a visit to The Serengeti should be on top of your bucket list. If you are to visit, ensure to set aside as much time as possible to explore the Park’s varied regions. Planning your safari to the Serengeti, you will need assistance from a safari expert, feel free to check out our expertly crafted Serengeti safari tour itineraries exploring the Park on unmatched wildlife activities, and feel free to request a free quote. 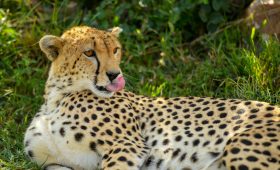 How to Prepare for a Safari to Serengeti National Park 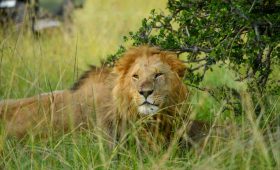 Safari Tips for the Best Wildlife Encounters in The Serengeti